GO BACK
TO MENU

I’m not going to say much about this beautiful woman’s session because you’ll see below that she is wonderful at explaining her experience.  But I do know that she’s one of the strongest, most badass women I’ve photographed.  I’m so thankful for my photographer friend Sarah to send her my way.
The entire day was a blast and it was like spending it with a close girlfriend!  When she says below that her confidence increased as we worked, she is right – I remember that vividly and that she was really nervous about how the photos would turn out.  She had so many great photos that she could barely narrow down!  I call that a success.
I know I’ll see you again, babe!  You’ll be even more magical in your next session!!

Thank you SO much for this review. <3

I decided to book a session because I had just lost 90 lbs, my fiancé cheated on me and left out of the blue, and I was super down on myself. I didn’t understand how I could make so much improvement on myself and not be enough. I wanted to book a session to say, hey look at me! I’m hot and confident and I did this all on my own. I really wanted a self esteem boost to pull me out of the darkness I was in.

When I booked my session, I was super nervous and intimidated. Sure, I take selfies all the tim,e but that’s me knowing my angle or the filter to use. I was so intimidated to see what I looked like at my most vulnerable. I knew by following Steph’s page that she was going to make me look beautiful no matter what, but it was still intimidating to think about spending all this money, and what if I hated the pictures?!

I was very nervous when I woke up for the day. I was terrified and anxious. As soon as I got to hair, everything seemed to calm down. I used the salon that Steph suggested to do my hair. She was SOOOO welcoming and calming and MOTIVATING! She was the first person I saw that day and she definitely set the mood for me to succeed and feel confident in what I was about to do. She told me about her own experience and insecurities and it made me realize I’m sure all Steph’s clients feel how I was feeling that morning.

Once I got to Steph’s- haha, I pulled up at the wrong house. Was confused. Turns out I was at the neighbor’s. We all had a good laugh as I quickly backed out of the drive and pulled in the right one. As soon as she opened the door she immediately had something warming and encouraging to say to me which instantly lifted my spirits. Her makeup gal was waiting for me. She asked if I had anything specific in mind and when I said I didn’t, she looked at what outfits I had brought and ran with it. I wasn’t in love with my lip color at first and she had no problem changing it until I was happy with it. The entire time makeup was being done we all 3 chatted and laughed and shared a little about ourselves and of course, tons more confidence building during our chat!

Once we went down to the studio I was like, oh wow, so many places to pose. It was super clean and nicely done. I loved that the bathroom/changing room was right outside it. That it was private and I wasn’t worried about someone unexpectedly walking in during my photos. Steph gave me a quick run down on what we would do, how many outfit changes and even picked out the outfits for me out of the tons I brought.

I did use one shirt from Stephanie’s client closet that she had picked out. From what I saw in there, she had TONS of options from small to big, from subtle to sexy. The options seemed to cover anything someone could want for a session. I loved that the options also fit a variety of sizes. For instance the oversized shirt I used was way larger than I needed and I was worried how it would look, but the way she adjusted it on me in the photos made it look like it was meant for me. They actually ended up being my second most favorite photo outfit of my session.

Walking out of the bathroom in lingerie in front of someone I never met before was super intimidating. I was like well, here goes nothing as it was my favorite lace bodysuit, but was cut super high in my crotch since I am so tall, but Steph promised she would make it work for the one specific pose I was adament on having. I remember walking out with my hand over my crotch and then kind of laughing at myself because I know she sees women of all shapes and sizes naked on the daily and to get over it and own it. The entire time she took pictures that day it was nothing but positivity. She was constantly saying wow or gasping at certain shots and showing me. She was constantly talking me up about my eyes and facial expressions and she seriously just made me feel like I should be in a magazine or something! The more she talked me up the more relaxed I became and the better the pictures went for me. I was confident and sexy and badass and I was owning it. Without Steph’s positivity and encouragement and empowerment she pressed on me, I do not think the experience would’ve been the same. SHE made my session hands down one of the best days of my life!

I did this 100% for myself. No gift to anyone but me. But it definitely turned out to be way more of a gift to myself than I dreamt it would be. I didn’t realize how empowering it would make me feel. How badass and beautiful. I never expected to gain the amount of confidence in myself that I did.

I would love to do another session! I actually contacted her about 2 months after my session wanting to do another once I save up again because I chopped my hair off super short which has only been done about 3 times in my 30 years. And I would love to rock it in another session. I’ve had a rough couple months recently and I want to get my flame back and I know another session would do just that. Anytime I’m feeling down about myself I just pull out my book and flip through the pictures and just tell myself, wow, that’s you. That girl right there who looks like she could be in a magazine, that’s 100% me, in the raw, owning it like a badass. And I remind myself I’m still that girl and to pick myself back up and own it.

The best part was the positive energy from start to finish. And even after. The women on Stephs Facebook pages are so uplifting and loving and seeing so many women uplift each other is amazing. There’s so much negativity in the world today. Especially women against women. Like when “bigger” women show some skin there’s always a lot of hate or shame. But not here. Not at SMP. It’s nothing but love and encouragement and that brings some sunshine into the world. We need more of it!

I shared my photos to my personal Facebook. ALL of them. And I made my album public. There were some that were shocked that I did it because I’m a professional and I’m private and no one expected me to do such a thing. Out of the 300+ compliments I had, there was only one negative. One. And that one negative comment had about 10 to shoot it down. The amount of support I received from friends and strangers for the confidence I had to post them was life changing. I had so many people add me, men and women, who messaged me to tell me that my story to go along with my photos was motivating and encouraging for them. I was pretty much destroyed at the beginning of 2020 by having my fiancé walk out during a super tough time in our lives. But I held strong to my weight loss journey and went from -60 to -90. I went from feeling defeated and worthless to proud and confident. The old me would’ve dwelled and ate my feelings and hid. But this me, said fuck it. I’ll be a single mother who is hot and successful and doesn’t need a man to feel good about herself. I’ll do this thing called life on my own. I’ll raise my daughter to see a proud strong HAPPY confident woman and she will grow up to be that way too someday. And I did it. I’m doing it. And doing a session was by far one of the best choices of 2020 because of that positivity. Doing a session with Steph made me love myself when I didn’t know if I could and showed me how many others could love me too without even knowing me. 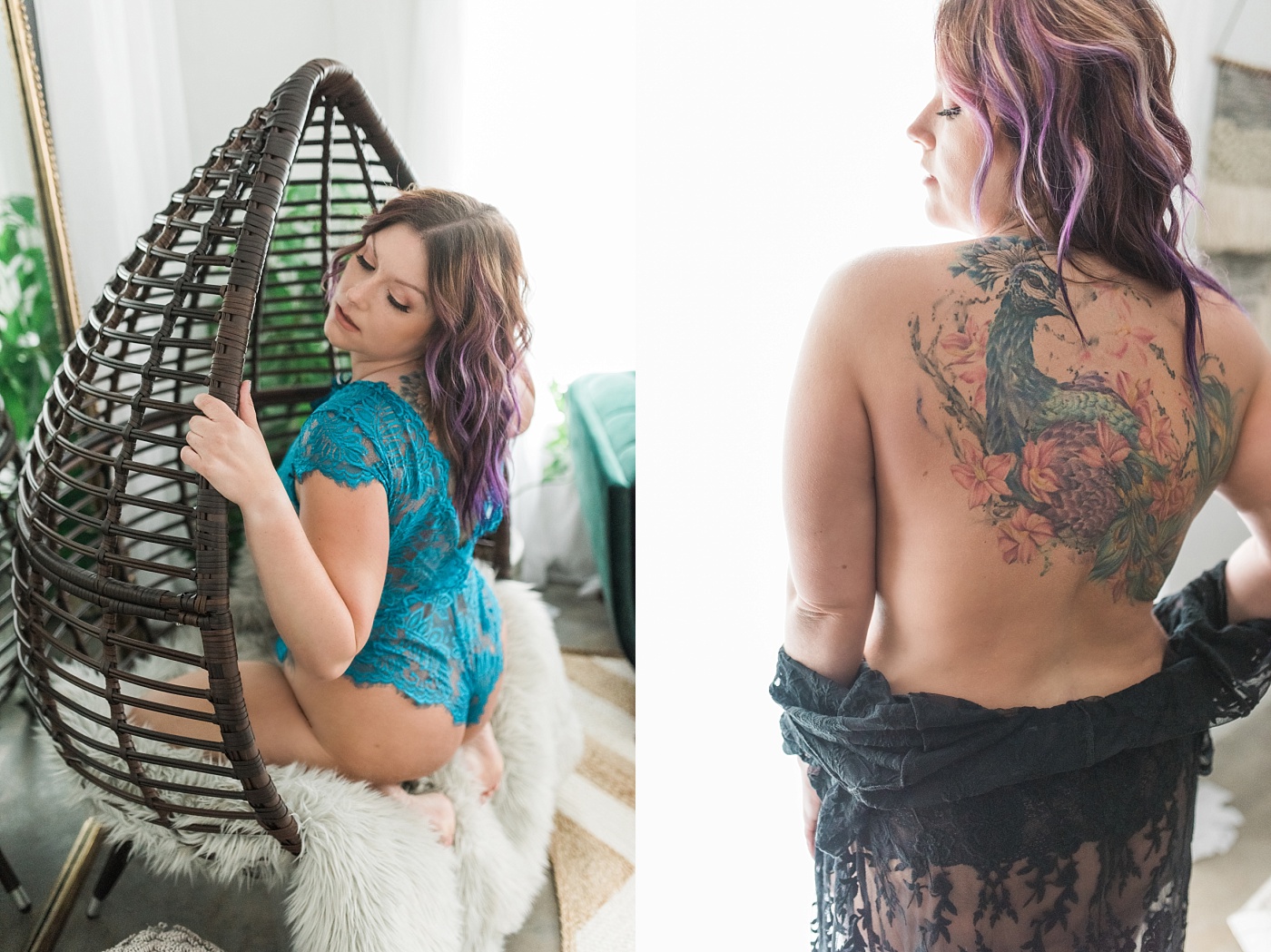 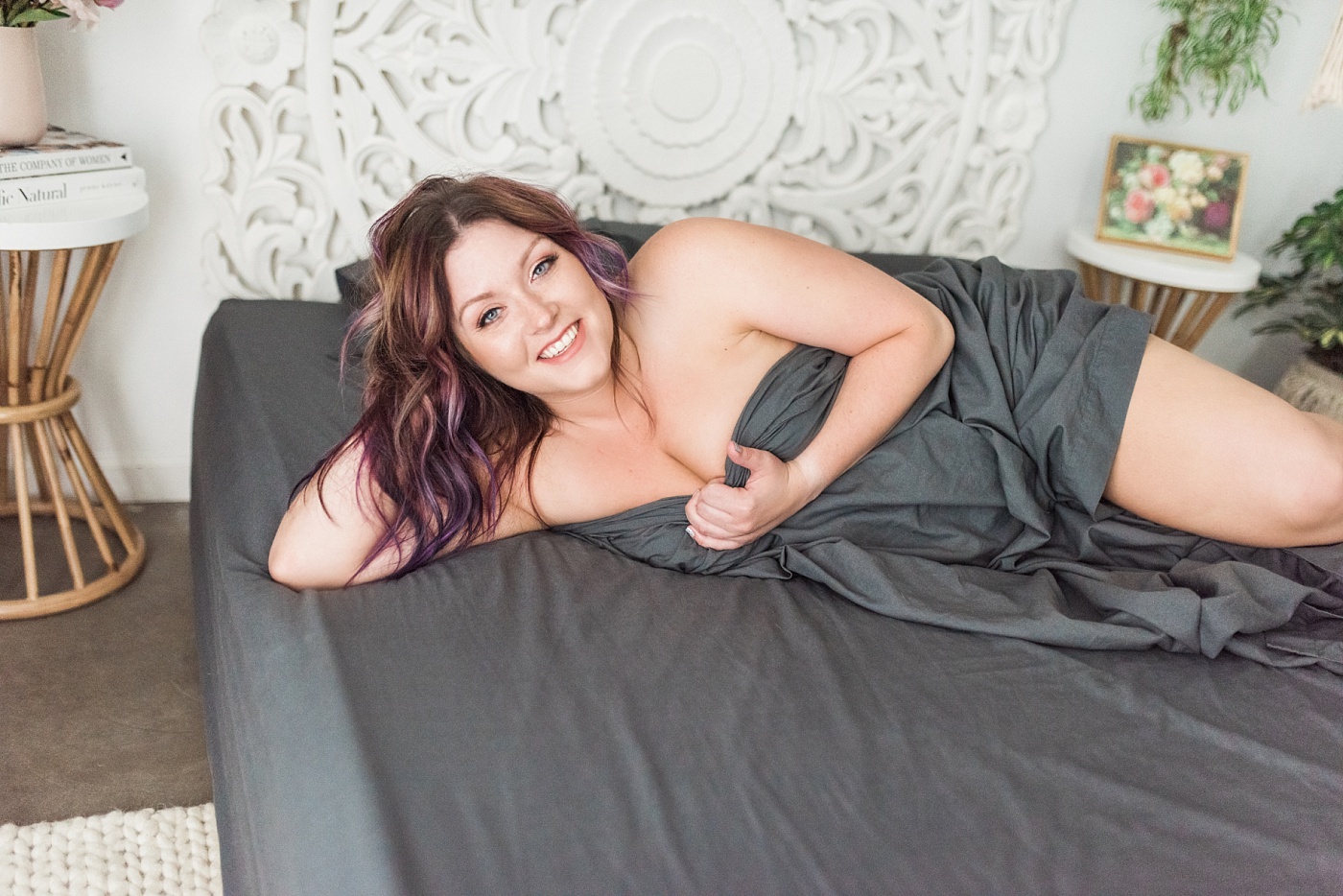 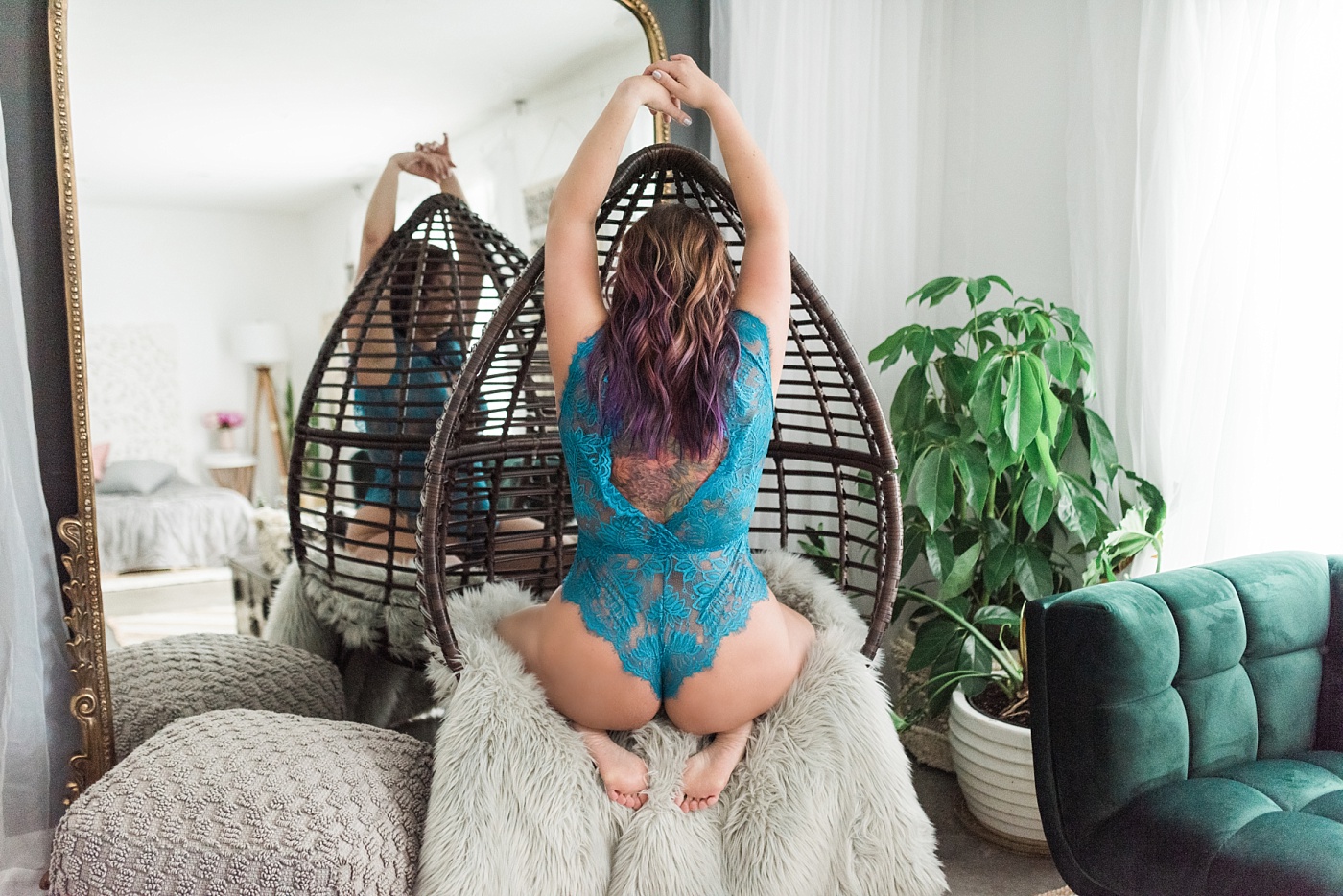 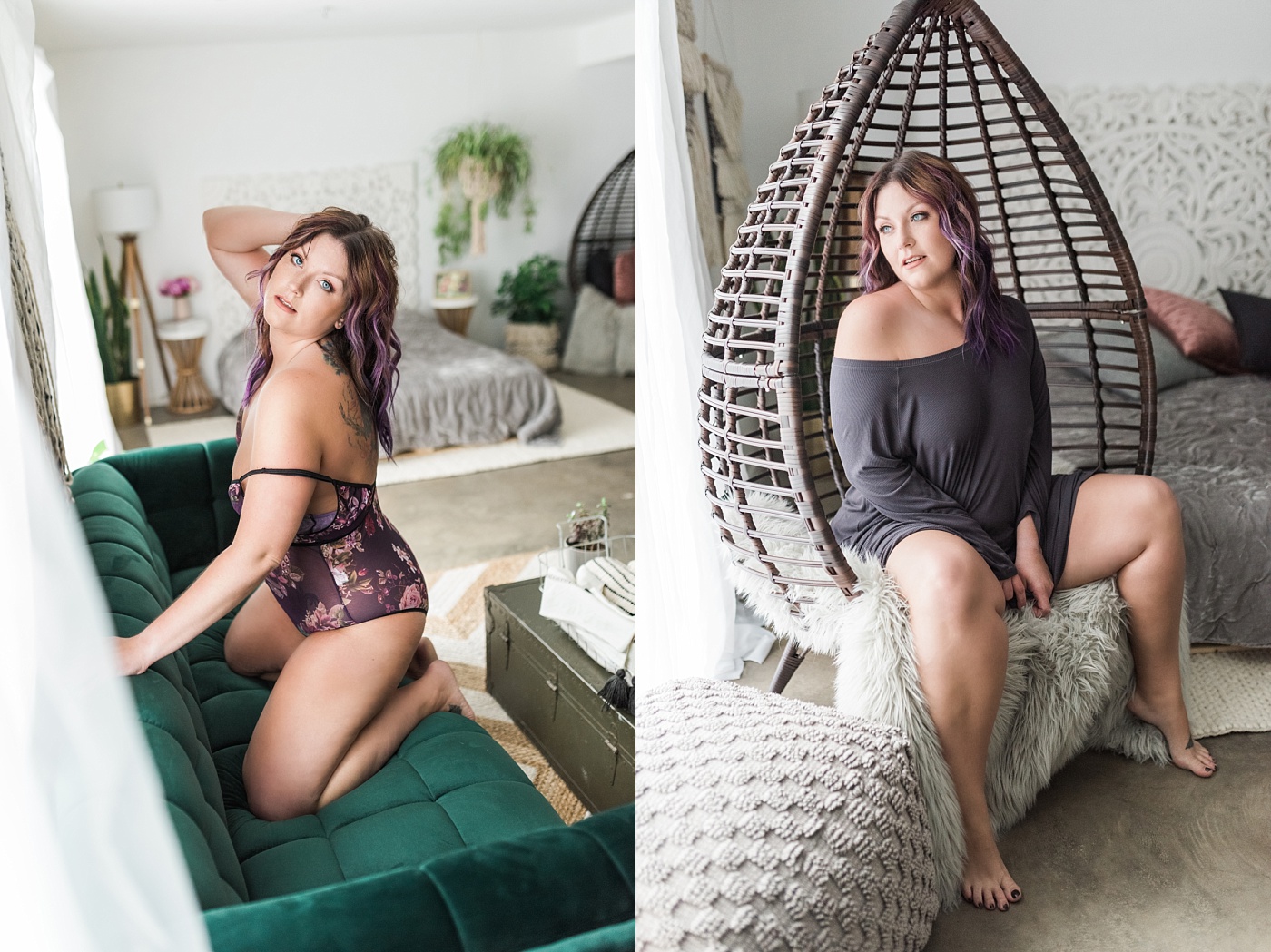 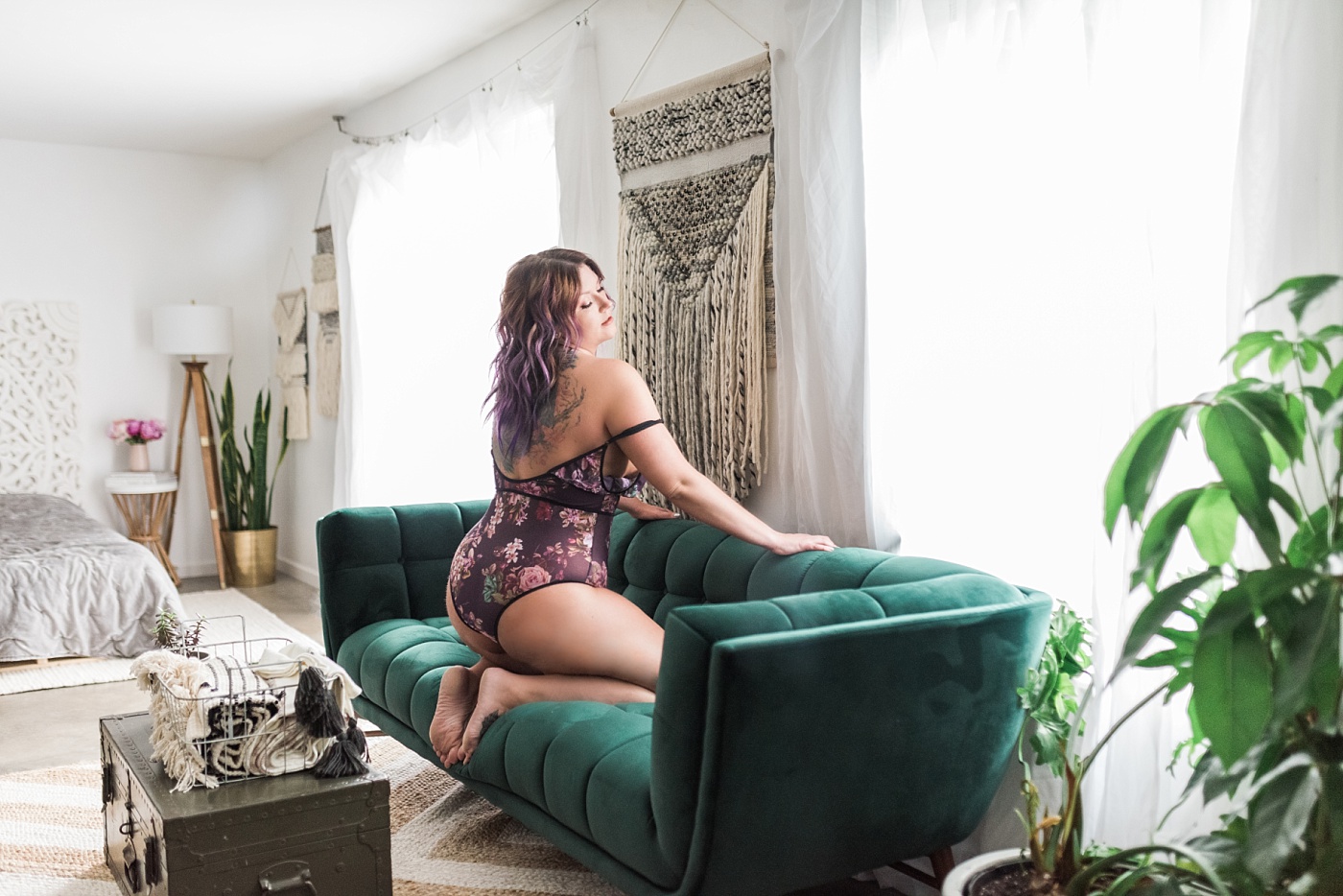 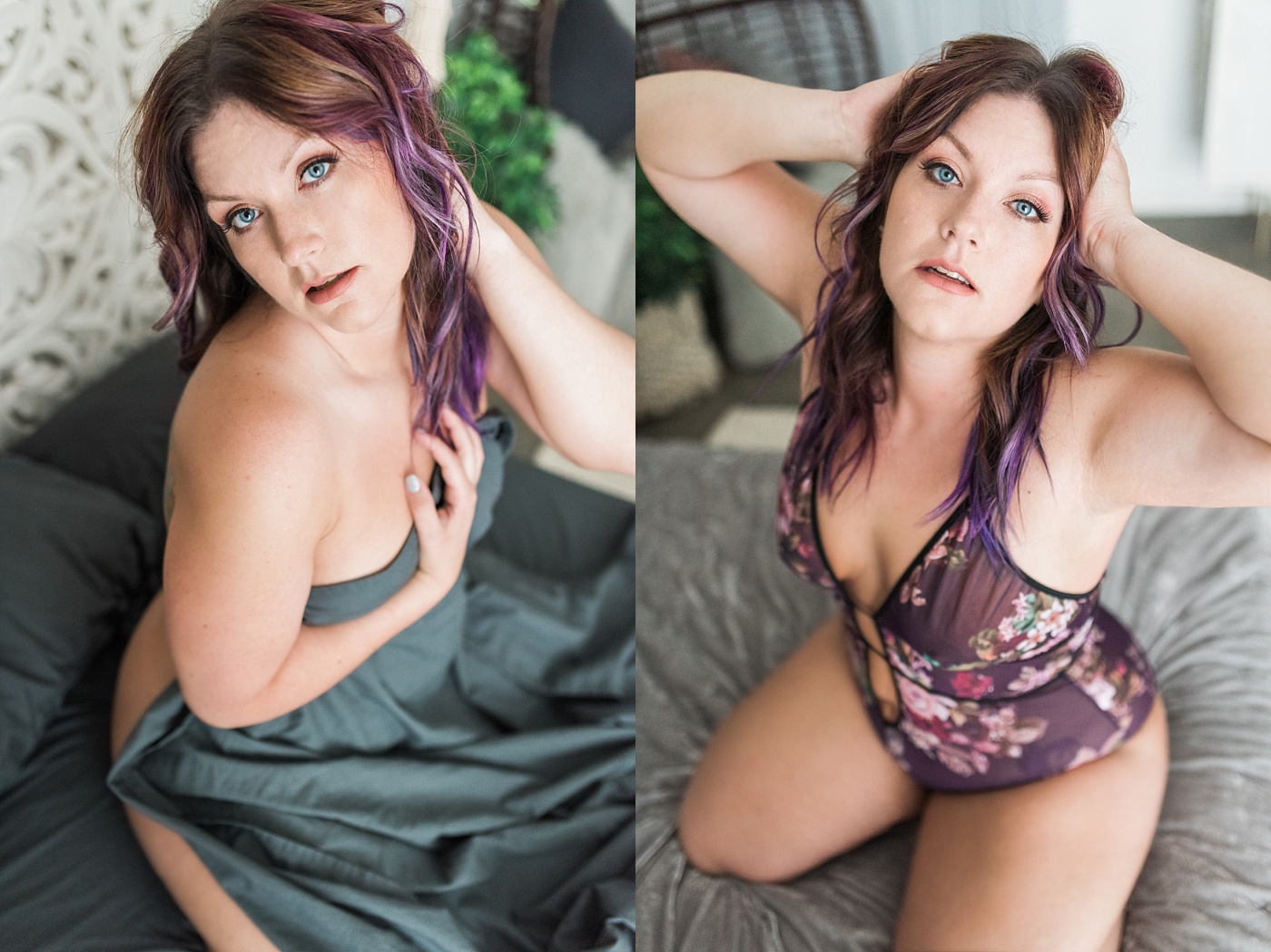 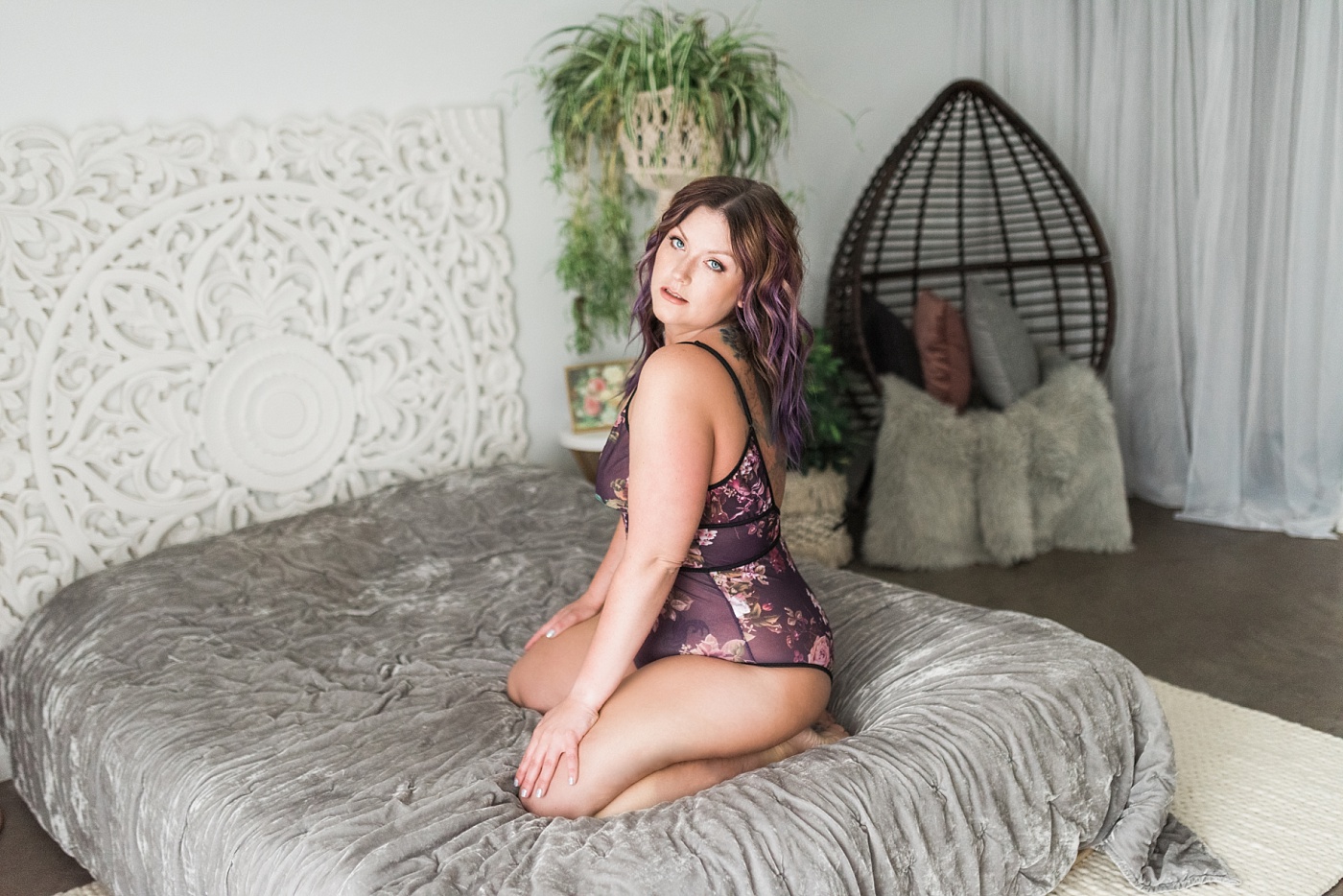 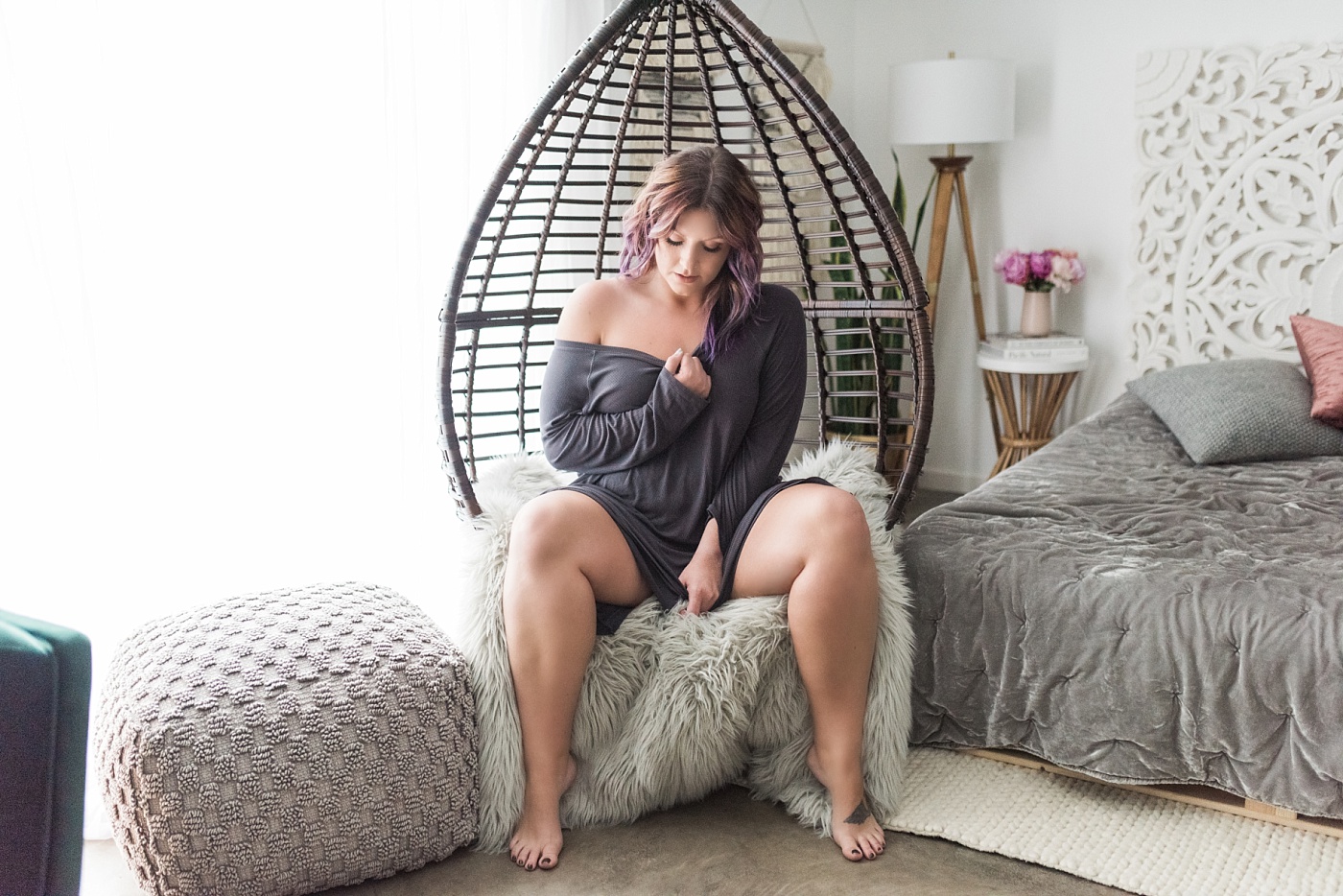 Wow! This story is phenomenal. Ms J, you are gorgeous and so worthy of feeling like the badass you are! Thank you for sharing yourself with the world!

I absolutely love her photos and outfits! They are gorgeous and sexy! Perfect way to give herself her own happy ending!

LOVE this. Slowly working myself up to booking a session. This post= incredible.

This is beautiful. Love how everything is about you! You’re gorgeous!

Your story is so powerful!! As a single mom, completely broken at one point, from being left by my child’s father while pregnant, I wish I only had half of the courage you did!! Thank you for sharing your story!! Your pictures are absolutely beautiful!

Story had me in tears. You are a very strong women!! Your photos are beautiful!
Thank you for sharing your story.

Such a beautiful and confident woman! And gorgeous photos!

Your email address will not be published. Required fields marked *